Background: Fludarabine, rituximab, and cyclophosphamide (FCR) combinations have shown high CR rates in CLL, but toxicity-related concerns remain. Lenalidomide has been shown to have clinical activity in patients (pts) with CLL and is a potential alternative addition to the fludarabine, rituximab backbone. This is a nonrandomized, open label phase I/II dose-finding study of lenalidomide combined with fixed doses fludarabine and rituximab in a minimally or untreated population of patients with CLL. The Phase I portion will examine this combination regimen in pts who are untreated or have received minimal treatment comprised of single agent rituximab while the Phase II portion will enroll untreated CLL patients. Both Phases I and II of the study will consist of a screening, treatment, and a post-treatment period.

Methods: Patients had untreated Rai stage III/IV or symptomatic stage 0-II CLL with no CNS involvement, ECOG PS 0-2, & adequate organ function. The phase I portion of this trial explored fixed doses of rituximab.  The treatment schedule described is an alternative to the original schedule that had concurrent lenalidomide and chemotherapy dosing. Four  pts were enrolled and the schedule was found to be toxic and discontinued.  The protocol was amended to the following dosing schedule: rituximab(375 mg/m2 Cycle (C) 1, split over days (D)1 & 2), 500 mg/m2 D1 of C 2-6) and fludarabine (25 mg/m2on D1, 2, and 3) with one of two dose levels (DL) of lenalidomide, DL1 - 2.5mg PO on D8-28 of C1-6 (n=6), DL2 - 2.5mg PO D8-28 of C 1 & 5.0mg on D8-28 of C2-6 (n=45).  Patients were restaged post-C3, 2 months after completion of treatment (≤6C), and every 6 months until disease progression.  Study endpoints included response rate, progression free survival (PFS) and overall survival (OS).

Conclusion: Lenalidomide in combination with fludarabine and rituximab is a potential alternative to FCR. While response rates appear lower than studies with FCR so does toxicity. The toxicity of lenalidomide in this combination is schedule dependent. A unique side effect is rash which can occur at even the lowest doses of lenalidomide.  Further follow-up is necessary to determine median PFS and OS 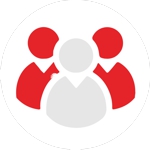